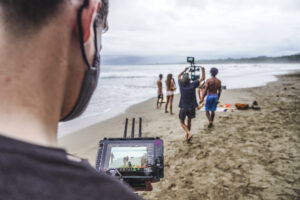 Some of the world’s most spectacular views are best seen from halfway up a wall of rock. That’s a place where gear has to be reliable, whether it’s crucial safety equipment or the cameras that let the rest of us experience the same dizzying panorama. It’s also a familiar situation to alpinist Renan Ozturk, whose experience includes some of the steepest climbing challenges on the planet as well as documentary filmmaking and photojournalism covering everything from the freezing Himalayas to the African deserts of Chad. 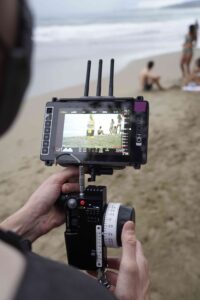 Ozturk’s connection to the outdoors, and the human stories that happen there, goes back to weeks spent camping in the great American national parks, painting from nature. It’s perhaps no surprise to find his work featured in National Geographic, while his commercial clients range from active wear brands The North Face and Nike to Sony, Apple and Google in the world of technology. His documentaries have been recognized with screenings of Sherpa at TIFF and Telluride, and at Sundance, where the 2015 film MERU won an Audience Choice Award. Chronicling two attempts on Meru Peak in the Indian Himalayas, the film features fellow climbers Jimmy Chin and Conrad Anker, requiring documentary equipment to be hauled up the mountain’s notorious Shark’s Fin route.

From his base in southwestern Colorado, Ozturk runs production company Expedition Studios (https://www.expedition-studios.com/) and specializes in remote, rugged locations. The beaches of Costa Rica’s Mediterranean coast might seem relaxed by comparison, but on one recent commercial for a popular beer brand, things weren’t quite as expected. “The shoot looked like fun in the sun,” as Ozturk describes it, “but we actually had some of the some of the worst weather Costa Rica has had in six years of production. We dealt with constant rain, salt water and sand, which is the ultimate killer for gear.” 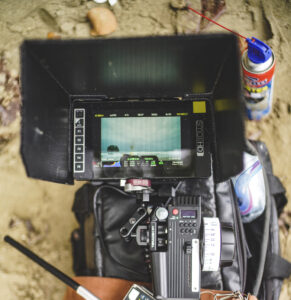 “We like to work small and light on top of mountains, at high altitudes and in extreme conditions,” he continues. “We’ve had really good results from SmallHD and Teradek kit from the beginning. I’ve seen how it all works together and how it gets better and better.” In Costa Rica, Ozturk and his crew used Teradek’s Bolt 3000 alongside the SmallHD 703 Bolt, which combines the display and Bolt receiver into a single unit that communicates fully with the Teradek RT lens control system.

With a camera package built around the RED Monstro, Ozturk used the MDR.X lens control receiver alongside the powerful MOTR.X and compact MK3.1 motors. As he puts it, “One of the appeals of the MK3.1 motor is its size… it’s very small and lightweight, so it doesn’t cause any issues on a gimbal.” Meanwhile, the larger MOTR.X offers “the ability to daisy-chain cables and keep the builds compact.” Connecting one motor to the next also left ports free to connect the TOF.1 rangefinder, with the combined system capable of imperceptible micro-adjustments, maintaining perfect focus without visible corrections. 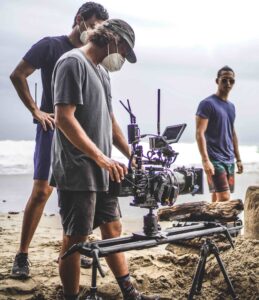 In some situations, though, only the practiced hand of a focus puller would do, and Teradek’s integration with SmallHD became crucial. “We were using the CTRL.3 hand unit on set, and the ability to have the on-screen overlays is very helpful,” Ozturk confirms. “You don’t have to bounce your eyes between three different places, from the scene, to the screen, and then down to the controller as you would normally. It makes all the technical difference in executing difficult shots in constantly changing environments.” 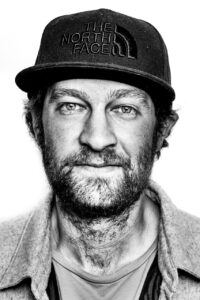 As if the beach sand and salt-laden ocean spray wasn’t enough, ominous gray clouds gathered, spattering crew and equipment with rain and ensuring that both would both need to dry off multiple times throughout the day. The Teradek RT shrugged off the weather and made frequent lens changes easy. “Cheaper systems,” Ozturk says, “are quite limited in their feature set. Being able to quickly change between lens maps is crucial for moving quickly and efficiently. Further, the ability to save lens maps and move them between controllers using the mobile app is unique to Teradek RT. It saves a lot of time during prep.”

“We’re known for taking tools built for Hollywood sets and using them in harsh outdoor environments, putting them in places where the designers and manufacturers didn’t expect them to go,” Ozturk concludes, noting that familiarity remains key, no matter what the conditions. “All this gear has become the gold standard, so people talk the same language and it all works together. Yes, we can be hard on our gear and this shoot was no exception, but everything survived with flying colors. These are burly tools.” 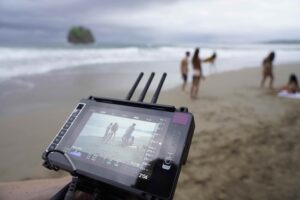 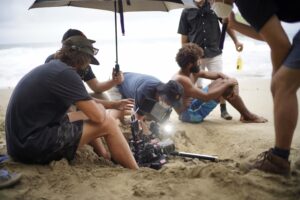