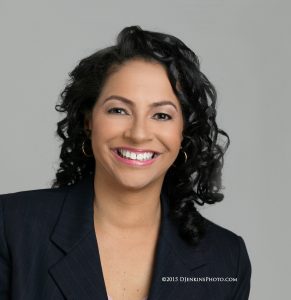 “Andrea is one of the most successful and respected executives in the broadcast space today and I could not be more thrilled that she has joined PRG. We are committed to growing our presence in broadcast and television, and Andrea is uniquely qualified to lead that effort,” said Jere Harris, Chairman and CEO of PRG.

Berry’s arrival continues PRG’s strategy of major investments in talent, technology and services focused on these markets. In August 2018, PRG acquired VER and, in January, VER’s camera and broadcast divisions were incorporated into PRG, resulting in a full-service offering for entertainment clients. Berry will report to Morten Carlsson, CEO of PRG Entertainment.

Berry joins PRG from The G.A.P. Media Consulting Group, Inc., of which she was founder and CEO. There, she developed and executed strategic initiatives for clients focused on live and non- live productions, supporting various categories, facilities and operational structures.

“I am pleased to join PRG in this new and exciting role and to work closely with such a talented team,” said Andrea Berry. “With technology, the industry and consumer behavior evolving so rapidly, PRG’s depth of expertise and commitment to innovation are more valuable than ever to broadcast and television customers.”

Berry serves on the Board of the NAB Educational Foundation (NABEF), is a member of Women in Sports and Events (WISE) and sits on the Executive Committee of the Sports Video Group.

Berry holds a bachelor’s degree from the Illinois Institute of Technology in Computer Science with a minor in Electrical Engineering; an Executive Certificate in “Management and Leadership” from the Massachusetts Institute of Technology’s Sloan School of Business; and an Executive Certificate in New Media Management from the University of Southern California’s Marshall School of Business. She is also a graduate of the Los Angeles African American Board Leadership Institute and the Los Angeles African American Women’s Public Policy Institute.

PRG is the world’s leading provider of entertainment and event technology solutions and has the largest inventory of rental production equipment. PRG provides comprehensive and discreet services to an array of clients in the live music, TV/Film, Broadway, sports, gaming, corporate experiential and live events markets. Clients and partners depend on PRG’s innovation, experience and depth of experience in audio, video, lighting, rigging, staging, and scenery and automation systems to bring their stories to life. With 70 offices across North America, South America, Europe, Middle East, Asia, and Australia, PRG has capabilities to provide services worldwide. PRG is owned by The Jordan Company and GSO Capital Partners and PRG Management. For more information, please visit https://www.prg.com/