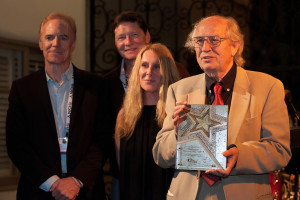 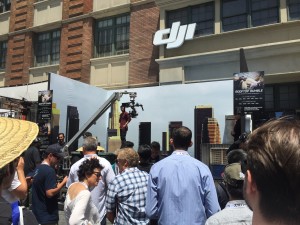 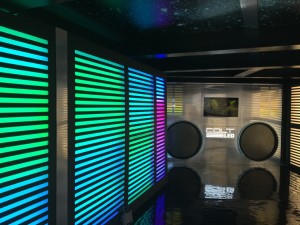 Hollywood, California—Cine Gear Expo proved once again to be Hollywood’s pre-eminent gathering for members of the top motion picture, video and new media community to see the latest industry art, technology and trends. This year did not disappoint the nearly 16,000 attendees.

The industry announcements were game-changers. Panavision and Light Iron unveiled the new Millennium DXL Camera (“DXL”), calling it a revolutionary breakthrough in image acquisition and workflow. Developed through an unprecedented combination of three companies’ best-in-class contributions: large format optics and modular accessories from Panavision, an 8K sensor from RED Digital Cinema, and new color science and optimized workflow from Light Iron, the system is slated to be available from Panavision in early 2017. Attendees crowded to see the camera and formed a line around the booth to view the demo reel. Soon after the successful introduction, RED Digital Cinema’s President, Jarred Land blogged, “…next year we are going to bail on NAB in April and instead move our entire roadshow to CINE GEAR in June… which we feel has grown to become a much, much, much, much, much, much better show for us and our customers.”

The Student Short Film winner, [solitary], from American Film Institute was directed and written by Derek J. Pastuszek, produced by Cedric Gamelin and Fabrizio Muscia, and Shadi Chaaban was director of photography. The prizewinner in the Independent Short Film category was Kingsland by director/cinematographer Jake Gabbay, and produced by Tom Gabbay and Bill Furman. My Friend Sin by director/cinematographer Mike Sanchez, and producer Suzi Sanchez took home the prize in the Commercial and Music Video category.

This year, the nearly 300 Cine Gear exhibitor booths were more dynamic and engaging than ever. The Best Outdoor Exhibit Design award went to DJI for their stage show that featured a reeling rooftop rumble, ready to be captured by their popular gimbal systems. The Best Indoor Booth went to Colt LED for their creative display of stunningly colorful DMXable tubular LED lights. VER received an Honorable Mention for their ever-changing Enhanced Environment.

Next year Cine Gear Expo LA is slated to return to Paramount Studios on June 1 to 4, 2017. For information throughout the year about exhibitors and other Cine Gear events visit www.cinegearexpro.com