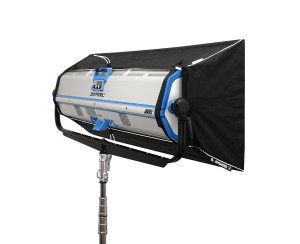 DoPchoice announces that it is manufacturing light control accessories to go with ARRI’s just introduced SkyPanel S120 system. New Snapbag® and Snapgrid® products have been unveiled at the 2016 IBC Convention and Exhibition in Amsterdam. 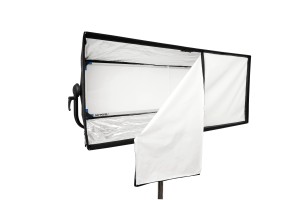 “Because the new ARRI SkyPanel S120 outputs so much illumination, controlling that generous output is vital,” says Stefan Karle, Founder of DoPchoice. “Our Snapbag and Snapgrid are lightweight and easy to deploy, then fold up fast for easy transport and storage.”

For times when a softbox is called for, the new Snapbag is engineered to fit the S120 precisely, allowing it to emit a soft light evenly across the scene, with no light leaks. The Snapbag snugly surrounds 4-sides of the fixture while giving open breathing room to the back. A reflective surface within delivers more of the light output. For a softer light, the unit features a removable front diffusion panel to cover the front surface. 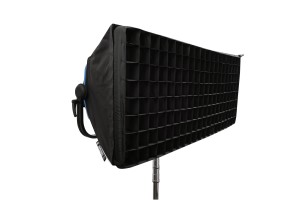 To direct the light, DoPchoice’s popular Snapgrid is being manufactured in a form-factor especially tailored for ARRI’s new light. Snapgrids are self-unfolding and self-tightening light controlling grids, that quickly attach via a hook & look strip that surrounds the front of the Snapbag. To accommodate users who want output to be more narrowly spread vertically than horizontally, this Snapgrid is specially designed to limit the horizontal spread of the ARRI SkyPanel S120 to 60 degrees, and the vertical spread to 40 degrees. An optional 40-degree Snapgrid is also available for the Snapbag.

Both accessories utilize DoPchoice’s patented Snap Technology® that transforms them from bag to accessory in seconds. For more information visit www.dopchoice.com
### 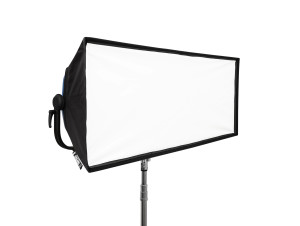 About DoPchoice
Headquartered in Munich, Germany, DoPchoice has provided a fresh take on light refining accessories for the world’s top light fixtures since it’s founding in 2008 by Stefan Karle. The cinematographer/inventor has created and built lighting tools with more compact and lightweight designs, that are easier to use and faster to set-up—to meet the needs of gaffers, cinematographers and rental houses, worldwide.