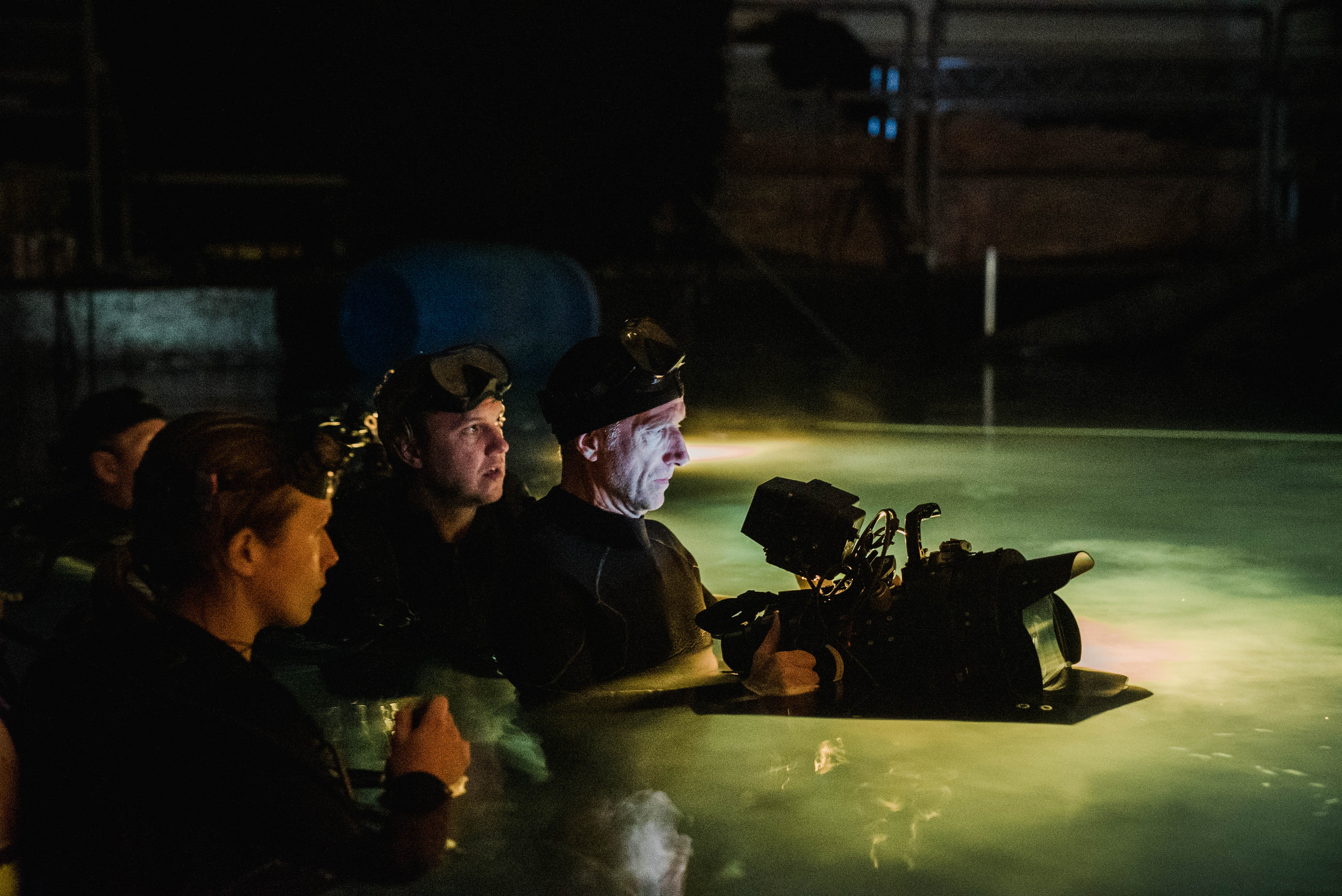 Jimmy Chin and Elizabeth Chai Vasarhelyi’s film, The Rescue tells the story of the 2018 Tham Luang cave rescue in which twelve boys’ from the Wild Boars Football club and their coach were trapped in a flooded cave complex in Thailand. Documenting the huge risks taken by a team of specialist divers during the rescue, the production combines documentary footage with painstaking dramatic reconstructions shot by top underwater cinematographer Ian Seabrook.

Seabrook’s earliest dives were on Australia’s Great Barrier Reef, a visual spectacle which prompted him to combine the twin passions of diving and photography and to “focus on one job – as underwater cinematographer.” Initially starting out on documentary and commercial productions, by the late ’90s Seabrook was working in narrative as well, and today has an extensive list of underwater credits including Batman v Superman, Pirates of the Caribbean: Dead Men Tell no Tales, Deadpool 2, and Jungle Cruise. 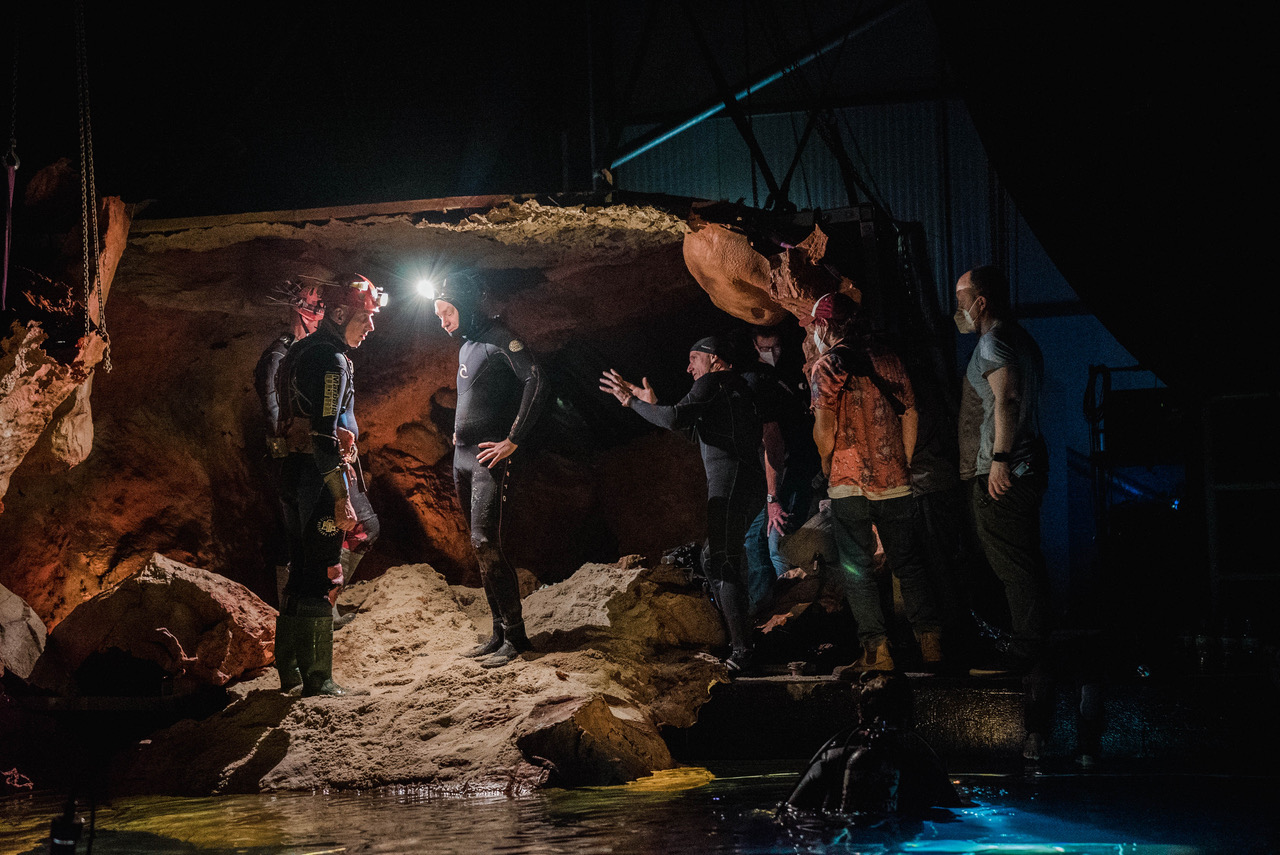 The Rescue began preproduction in 2019, with Seabrook’s experience in both narrative and documentary production immediately crucial. “The filmmakers came to me to recreate the rescue operation, and I was given autonomy with regards to camera, lens, and format selection.” Seabrook chose the ARRI Alexa MINI LF, recording its sensor in open-gate, with ZEISS Supreme Prime and Supreme Prime Radiance lenses.

One reason behind the decision was, Seabrook says, “we thought the film might get an IMAX release due to the subject matter and fact that the directors’ prior film, Free Solo, benefitted from an IMAX release. The Rescue is an amalgamation of news footage, interview footage that was photographed in a few countries, and aerial photography from Thailand. I felt that with the underwater portion of it being photographed in open gate, the images would have their own unique look and allow the audience to become immersed in the environment.” 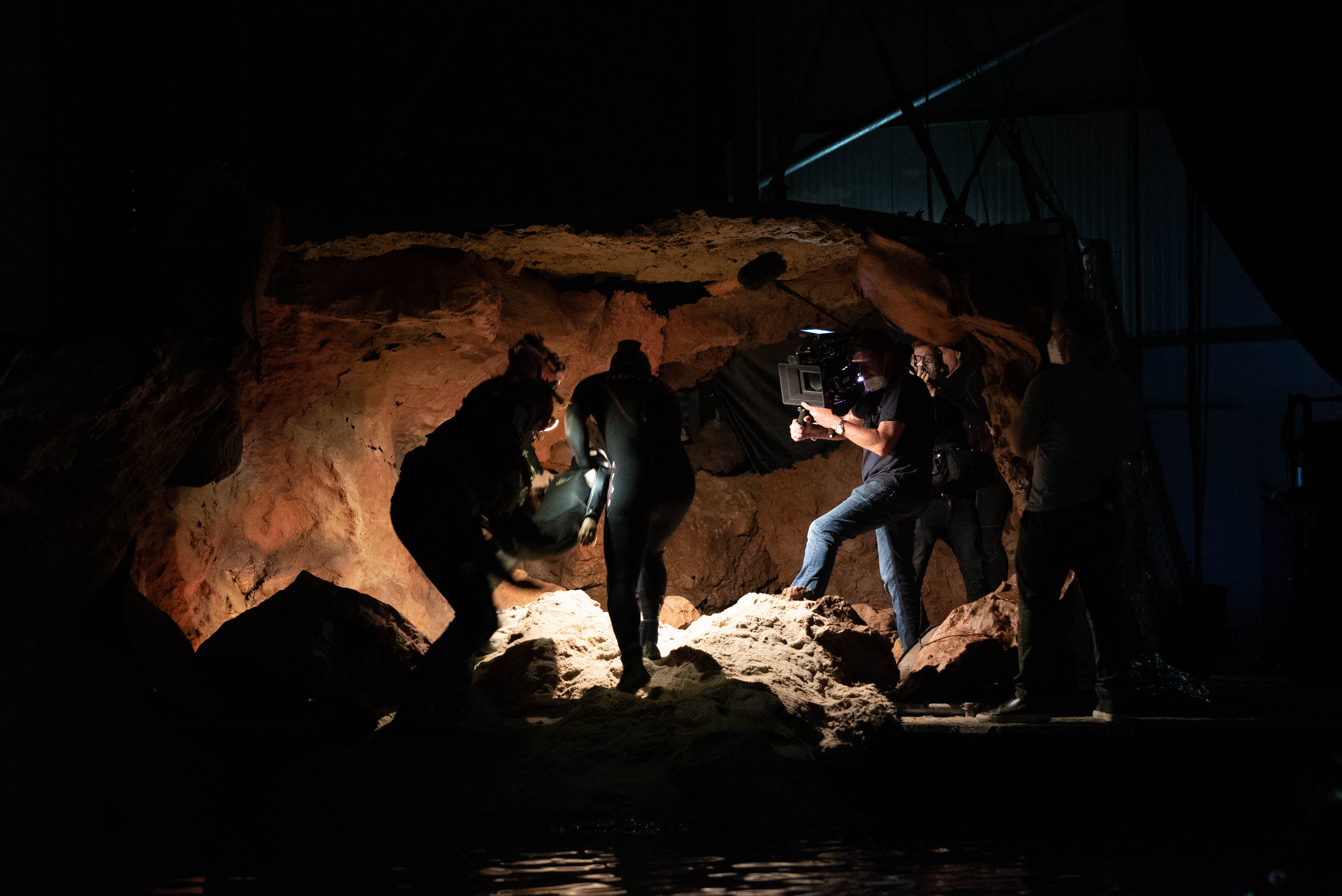 Creating images worthy of the biggest of big screens meant finding the right methodology to illuminate an environment that is oppressively dark. “It was a confined cave environment,” Seabrook says, “and the only illumination were the divers’ headlights. I had several meetings beforehand with the actual cave divers who performed the rescue operation, who told me how things were handled, and what they used for illumination during the dives.”

With the Supreme Prime Radiance, each light source brought a unique quality of light and subsequent life to the frame. “One of the reasons I settled on the Radiance was due to the unique blue flare patterns that the lenses were designed to create,” Seabrook confirms. “I shot tests underwater with the lenses wide open at T1.5 and also at a more desirable T4-5.6. With some of the divers’ lights, we found that when we shot it wide open, the lights basically bloomed… and there was little to no detail prevalent. I then selected an aperture I wanted to shoot at and tested that with a few different ISO combinations until I arrived at what I found to be the sweet spot for this project. That’s one of the main reasons why that lens and sensor combo was spectacular.” 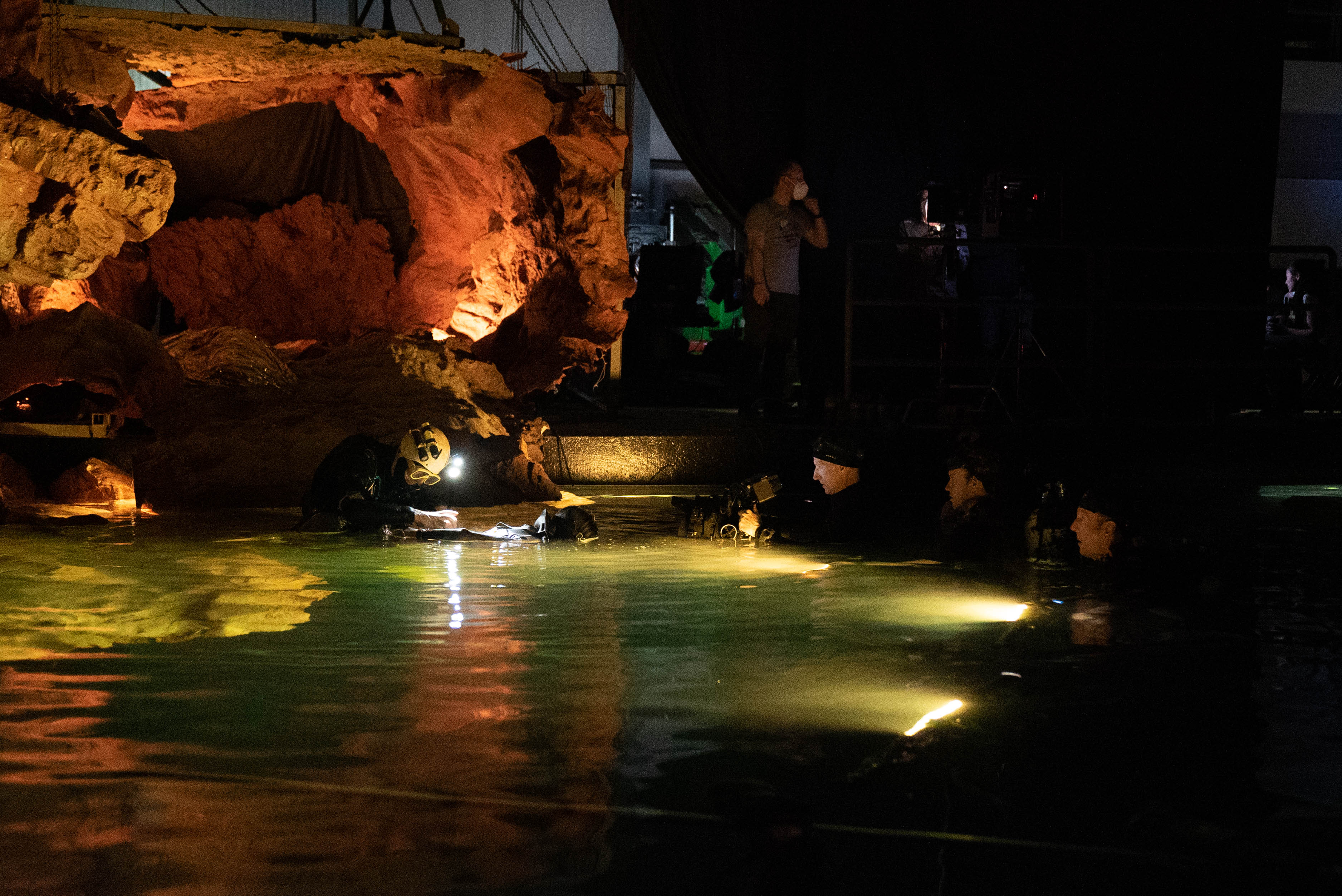 By using ZEISS Supreme Primes, Ian Seabrook did not have to use supplemental diopters to attain close focus. Photo Credit: National Geographic.

Leveraging the depth-of-field control offered by large format camerawork was just as crucial. “The reason I shot at a certain aperture was to hide the fact that there was less cave structure set than we had access to,” Seabrook says. “We were able to camouflage the fact that we did not have miles of cave to shoot in.” At the same time, the Supreme Primes’ close-focus capability was crucial for a shoot where the camera and subject distance would be in loose proximity to one another.

“The close focus distance on the Supremes was an amazing asset,” Seabrook enthuses. “I didn’t have to use auxiliary diopters because the close focus of those lenses was at most fourteen inches. Normally what anyone will require with a dome port is between sixteen and eighteen inches, so the fact that the lens focuses even closer was an enormous benefit. When we were doing re-creation work for the surface portion of the shoot with the vials of sedatives that were injected into the children, I could get close enough to read the names, ketamine and atropine, on the labels.” 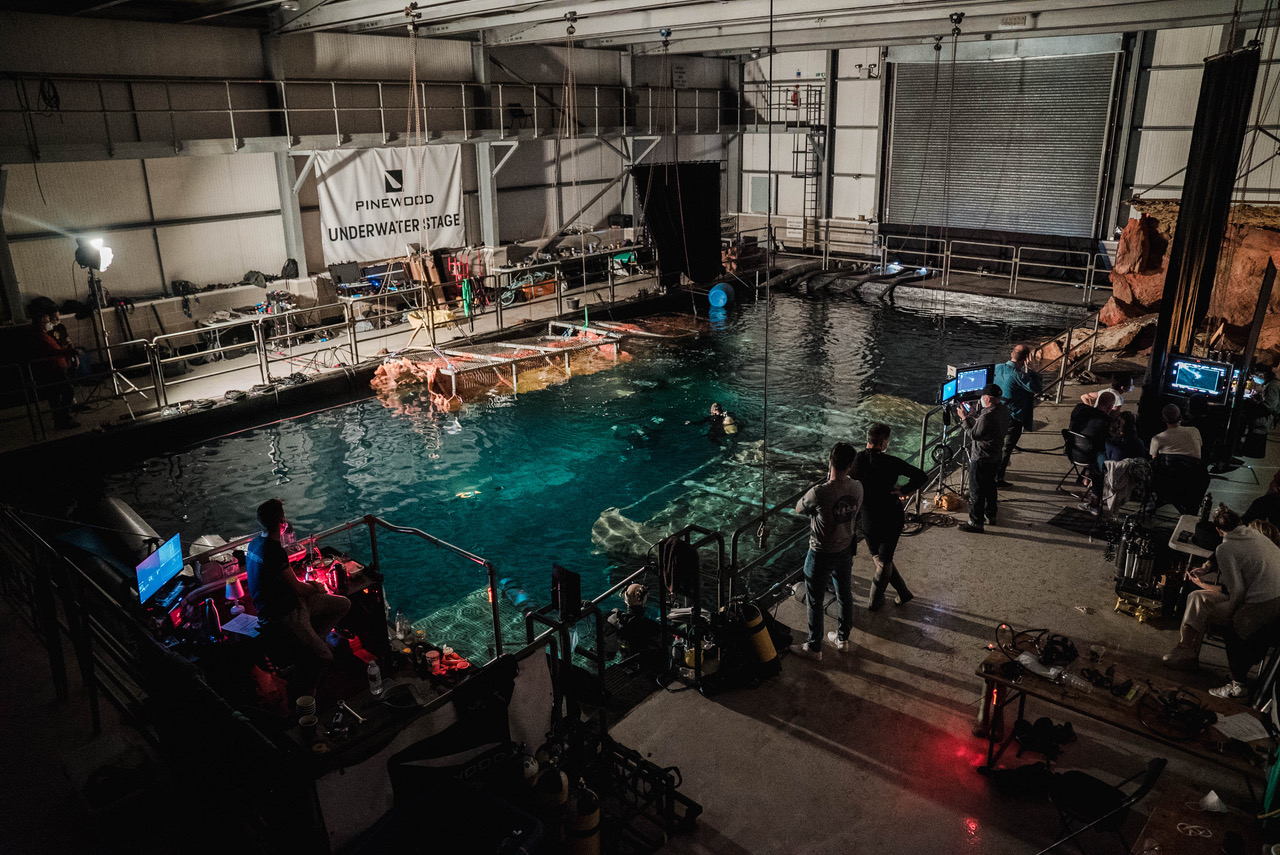 To the delight of everyone involved, The Rescue was to get its hoped-for huge-screen finish, and Seabrook saw his images projected at vast scale. “I saw it on an IMAX screen TIFF,” Seabrook recalls, “and the underwater imagery had great detail and, at that size, was immersive.” The real-world story behind those images, meanwhile, created lasting memories. “Working with the actual divers who did the rescue was an honor… such amazing individuals who were selfless and brave. They were able to go into an environment that very few people would even be able to survive in, let alone succeed in doing the impossible. I felt that needed to be represented in the best way possible. And for me the best way was to shoot it with that sensor and those lenses.”