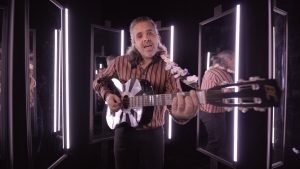 When Timur Civan was called upon to shoot a music video for the title track of “Lush Life” by New York City-based band, “Orion”, he took his cue from the pop rock tune and decided to have fun with it. Dubbed “bouncy music for bouncy people,” its reggae vibe brings to mind lilting palm trees, rainbows, warm sunny colors, and sweet, simpler times. It’s no surprise TikTok fans are having a ball with it. 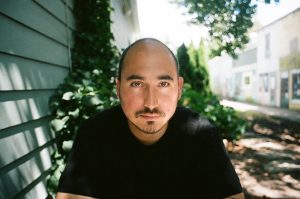 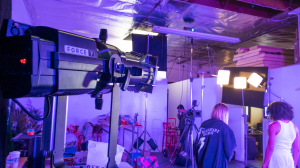 Civan is a resourceful filmmaker. To get a hall of mirrors world effect they constructed a mirrored set piece, he explains, “We bought 8 inexpensive 4’ tall mirrors and built simple stands out of scrap wood then spray-painted them black. I gaffer-taped 4’ long tubular Pipelines to the right edge of every mirror and evenly spaced them in a semi-circle. There was no key light, just the throw from the Pipelines bouncing reflections everywhere.

The set piece proved useful for the city scene that closes in on a smothering neck-tied worker. And when it surrounds brightly clad lead singer, Orion Simprini and his mirrored starburst guitar, the effect becomes whimsical as the tune bounces back to a sunny paradise. 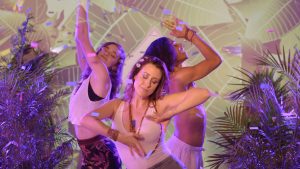 The dancing sequence was the real eye-opener. To portray three dancers basking in the glow of a “lush life”, Civan bounced a single Force 7 LED Leko into three Lightbridge Cine Reflectors (White Diffusion 2, 3, & 4) for all the key and fill. The Force 7 outputs smooth, even light edge-to-edge without a hot spot. And the Cine Reflectors Civan says, “give the most beautiful soft light. By applying the distance and inverse square law, the three actors were evenly illuminated. I was able to get what looked like a really big light from further away, so it seems like a bigger production. Lightbridge has bent the law of physics.” 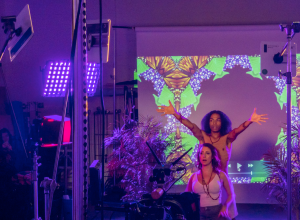 For the finale, Civan chose to use a projector so the lights had to be dimmed low to saturate the projected images. He set the camera at 4000 ISO, dialed down the lights (as only LEDs can), blew silvered confetti off the background, and switched on the projector propelling pastel colors across the scene. Off to frame left, a single Area 48 Color threw a purple hue into the mix. The result is a colorful kaleidoscope of island paradise, bouncing with the beat.

For more information about BB&S Lighting in North and South America visit www.bbslighting.com or in Europe, Africa and Asia visit: www.brothers-sons.dk